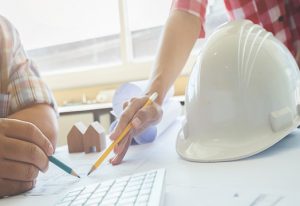 private not-for-profit institutions for the State of New York. Since its establishment in 1944 under Governor Thomas E. Dewey, DASNY is now one of the largest financiers and builders of social infrastructure facilities in the United States. The organization responsible for hundreds of large, concurrently running projects is also responsible for maintaining a huge amount of information.

“An inordinate amount of time was spent just locating a contract, because each part of the contract was filed in different places. It was a laborious process, and if the document was archived…legal had to wait as long as two or three days to receive their request.”

Digitizing and centralizing DASNY’s records significantly reduced time spent retrieving documents. What was once a cumbersome process – request, gather, assemble, and deliver documents – became a simple task. DASNY staff can now access an entire record in a matter of seconds, including full color photos and large format drawings. Multiple users can now view the same documents simultaneously so there is no more waiting in line for documents or making photo copies.

“All that time spent looking for files was replaced by typing a number and clicking SEARCH. The best part is, the results include the entire record, form procurement documents to contract documents to order changes. It’s all there.”

Contact eBizDocs to learn how Back-file conversion and document management software can benefit your organization.